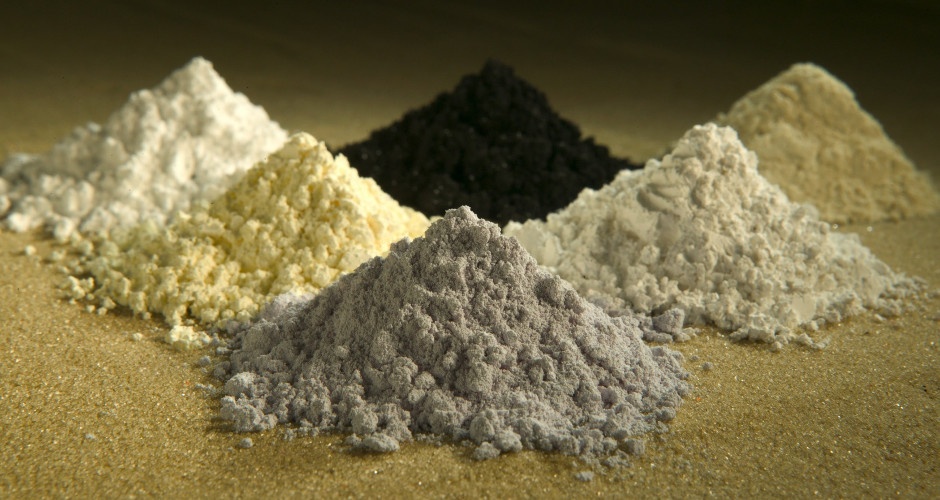 As your Lt. Governor, I will work with the Interior Secretary on this and other natural resource issues facing Idaho and our country.

My recent meetings with Forest officials and residents gave me the opportunity to assess the impact current planning goals have on our communities. I believe Idaho must be a strong leader for the western states and jealous guardian of our varied uses to the millions of acres within our border.

Idaho has an abundant supply of industrial minerals. Advances in the mining industry combined with the desire and commitment to be ‘good stewards’ of the land will provide economic opportunity here at home while securing America’s independence on the world stage.

I am in full support of Secretary Zinke and the Trump administration’s effort to safeguard our country!

WASHINGTON – Today, the U.S. Department of the Interior and the U.S. Geological Survey released a report that detailed the extent to which the United States is fully, majorly, or partially dependent upon foreign competitors and even adversaries for our supply of “critical minerals.” The report identified 23 of the minerals that are most-needed to sustain our national defense and economy and are used in manufacturing everything from batteries and computer chips to equipment used by our military. The report shows a troubling trend of foreign dependency.

“I commend the team of scientists at USGS for the extensive work put into the report, but the findings are shocking,” said U.S. Secretary of the Interior Ryan Zinke. “The fact that previous administrations allowed the United States to become reliant on foreign nations, including our competitors and adversaries, for minerals that are so strategically important to our security and economy is deeply troubling. As both a former military commander and geologist, I know the very real national security risk of relying on foreign nations for what the military needs to keep our soldiers and our homeland safe.”

The report found the United States is most reliant on China for critical minerals with at least 20 critical minerals being sourced exclusively in China. Russia, South Africa, Brazil and Canada also supply many of our minerals.

The mineral commodities highlighted in this book have been called critical or strategic owing to concerns about risk of supply interruption and the cost of such a disruption. Such critical mineral commodities include rare-earth elements, used in high-end electronics, and platinum-group elements, used in catalytic converters and petroleum refining.

“The best part of this report is that we can provide complete minerals information for the Nation for the first time in generations,” said Klaus Schulz, an editor and author of the volume. “The USGS combines short- and medium-term data on the current global supply of minerals with research on the long-term potential of these minerals through our mineral-resource assessments. Despite current supply concerns, one thing we shouldn’t lose sight of is that we will also need mineral commodities far into the future. We wanted to identify future needs too, so we included information to help plan for the sustainable development of each of these minerals.”

This report updates another USGS report from 1973, which was published when many of the commodities that are covered in this new volume were only of minor importance. Today, advanced technologies have increased the demand for and production of mineral commodities for nearly all elements in the periodic table.

According to the recently released USGS Mineral Commodity Summaries 2017, the United States was 100 percent net import reliant on 20 mineral commodities in 2016, including manganese, niobium, tantalum and several of the other mineral commodities covered in the new volume.

This number has risen dramatically over the past 60 years. For example, in 1954 the United States was 100 percent import reliant for the supply of only eight nonfuel mineral commodities and by 1984 for 11 commodities.

Since 1973, there has also been a significant increase in knowledge about geologic and environmental issues related to production and use. This report addresses the sustainable development of each mineral commodity in order that the current needs of the Nation can be met without limiting the ability of future generations to meet their needs.

For each mineral commodity, the authors address how the commodity is used, the location of identified resources and their distribution nationally and globally, the state of current geologic knowledge, potential for finding additional deposits, and geoenvironmental issues that may be related to the production and uses of these mineral commodities.

The volume, USGS Professional Paper 1802, is entitled “Critical Mineral Resources in the United States–Economic and Environmental Geology and Prospects for Future Supply.” The USGS also regularly produces mineral information products, such as the yearly Mineral Commodity Summaries, the Minerals Yearbook, and mineral-resource assessments.

For more information on this book and mineral-resource science, please visit the USGS Mineral Resources Program.