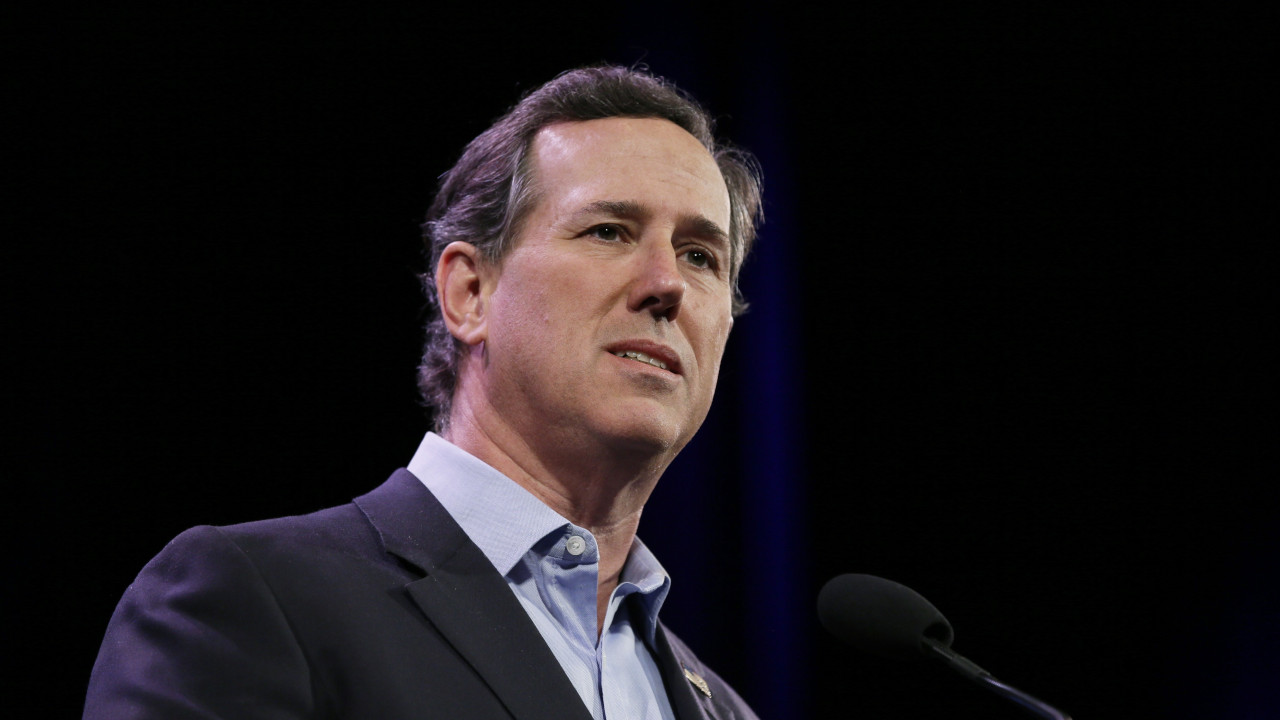 He wrote a letter to Idahoans about the choice we face in November regarding Medicaid Expansion (Proposition 2) in Idaho. He submitted this letter to the Idaho Statesman, the Post Register, and the Idaho Press (formerly the Idaho Press-Tribune.) They all refused to publish it.

We are facing a multi-million dollar decision (multi-billion dollar decision if you include all the projected federal spending required over the next decade) here in Idaho, yet the local media only seems interested in pushing one side’s positions and talking points. That is not acceptable, so I am publishing Rick Santorum’s letter in full below so that you can better understand the risks and pitfalls associated with Medicaid Expansion.

Thank you to Rick Santorum for his wise counsel on this important issue.

Idaho voters will face a choice on election day about an issue that is fraught with emotional and political consequences.

Voters will be asked whether to follow 34 other states in expanding Medicaid, a safety net program designed to finance health care for the poor. The initiative would allow non-disabled, childless adults to qualify for Medicaid.

The program comes with a big financial incentive since federal taxpayers will pay 90% of the cost for this Medicaid “expansion” population.

Because other states already have expanded, Idaho can learn from their experiences about the pitfalls of this deal.

The Foundation for Government Accountability, a think tank that studies health care issues, reviewed the experiences of 17 states and found that the federal money doesn’t come cheap. The study found that every state far surpassed projected enrollment in the first year of expansion. In fact, they surpassed projections by an average of 91%.

As a result, state costs are much higher than projected. In Ohio, Medicaid expansion ran $1.5 billion over budget in its first 18 months. Washington State had to find an additional $2.3 billion to deal with higher than expected costs, with further deficits expected.

And the extra costs mean that less money to take care of traditional Medicaid recipients, especially seniors, poor children, and people with disabilities. State spending inevitably is curtailed for public safety, transportation, education, and other needs.

Supporters claim expanding Medicaid will mean employers and employees no longer have to pay a “hidden healthcare tax” to finance care for the uninsured.

The Goldwater Institute in Arizona—in a state that did expand—examined that claim and found, “Arizona’s expansion not only failed to deliver on its promise to alleviate supposed cost burdens on private payers, it exacerbated them.”

Proponents of expansion said private plans paid 14% more because of “cost shifting” from the uninsured to those with insurance. However, the study found cost shifting actually increased after expansion, with employers paying 27% more.

Proponents also claim hospital emergency room use would decline. Instead, utilization has risen, as PolitiFact concluded after surveying the experiences of multiple states.

A “no” vote to Obamacare’s Medicaid expansion doesn’t mean voters don’t care about the vulnerable in Idaho, or that ensuring affordable health care isn’t a worthy goal.

But there are better solutions that would give Idaho more flexibility and new resources to expand coverage.

The Health Care Choices plan, which I believe Congress will soon consider, would let Idaho find its own solutions to help the working poor. The state would receive a formula grant and gain new flexibility to approve policies that are more affordable than Obamacare.

If Idaho votes instead to accept Medicaid expansion, taxpayers, the privately insured, and especially those who need traditional Medicaid would pay an unfortunate price.

11 thoughts on “Rick Santorum: A better solution for those in the ‘gap’ who need health insurance”