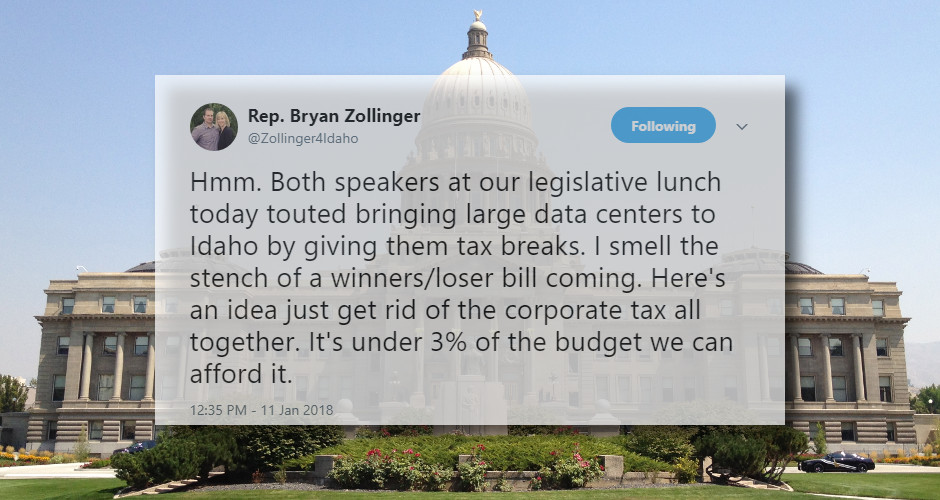 When D.C. Republicans came together last month to cut the corporate tax rate and make other improvements to the federal tax code, the positive results were immediate—even though most of the changes won’t take effect for another year.

Here at home, conservative voices such as Rep. Bryan Zollinger are calling for Idaho to follow the lead set by Congress and cut or even eliminate Idaho’s corporate income tax.

So far, the response from leadership has been a telling silence.

Is it possible that Idaho has become less fiscally conservative than D.C.? Say it isn’t so!

Let’s work together to make meaningful and significant cuts to Idaho’s tax rates so that we too can reap the manifold benefits of cutting taxes and reducing the size and scope of government.

Hmm. Both speakers at our legislative lunch today touted bringing large data centers to Idaho by giving them tax breaks. I smell the stench of a winners/loser bill coming. Here’s an idea just get rid of the corporate tax all together. It’s under 3% of the budget we can afford it.