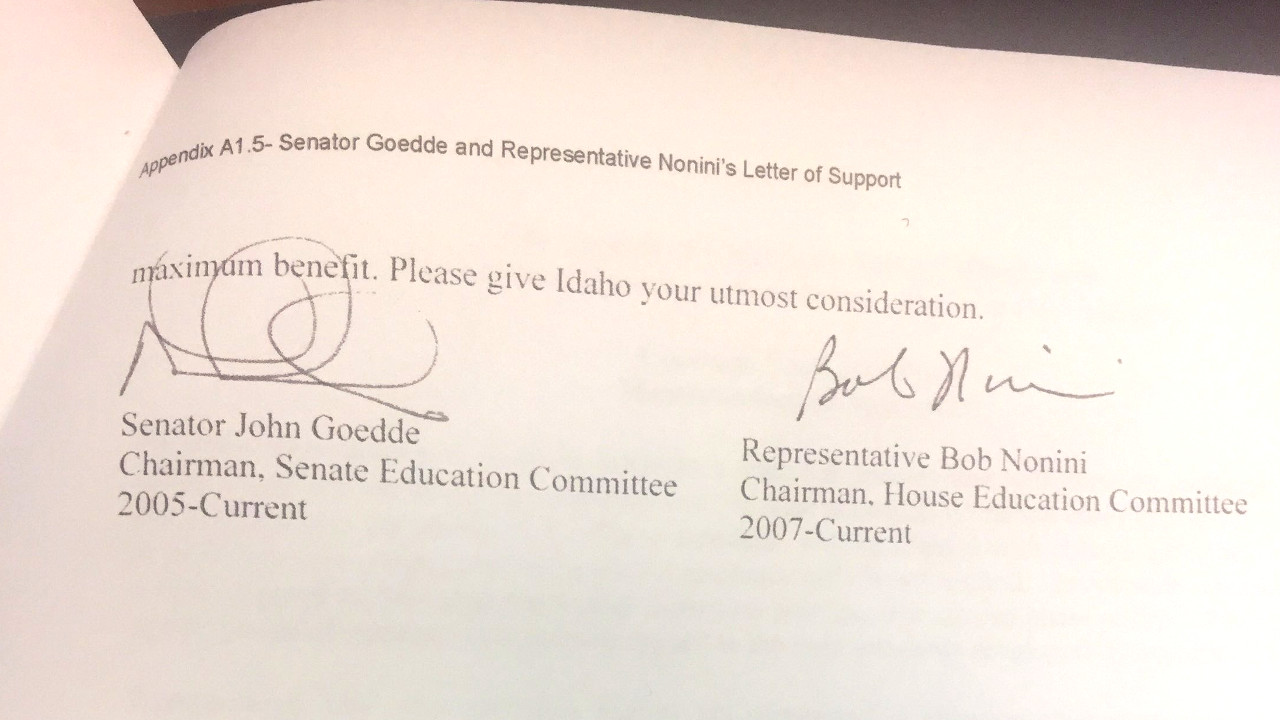 Common Core was implemented in Idaho as part of the attempt to receive federal dollars through the “Race to the Top” grant program There were several people responsible for getting Idaho into this mess including Gov. Butch Otter, Supt. Tom Luna, and then-Rep. Bob Nonini who was the Chairman of the House Education Committee at the time. Nonini personally signed a letter to the federal government stating that despite the fact “no vote was taken on behalf of the committees,” he wanted to offer his “endorsement of Idaho’s [Race to the Top] application.”

In the letter Nonini signed, he also says “Idaho is part of a state-led effort to define national standards in reading and math” and that “we look forward to reviewing these standards, which require legislative approval for implementation.” [Emphasis added]

As your next Lt. Governor, I will support a return to local control of the standards in our classrooms instead of the one-size-fits-none federal standard.

These pages are excerpts from a much longer document, available here.